So as we get closer to the next Wrestlemania I wanted to try and review some past Wrestlemanias here and I decided to go from X8 upwards this is mainly because I want to watch the final stretch of Raw and Smackdown’s that lead up to these Wrestlemanias and 2002- 2010 are the only build ups I’ve never seen fully, because I only started watching Raw and Smackdown on a weekly basis from mid 2010 onwards. Now I orignally was going to review the Raw and Smackdowns I’ll be watching as well but it would take too much time for me, so I’ve decided to just purely watch them and stick to reviewing just the Wrestlemania’s themselves, so we’ll see how far I manage to get.
So to kick things off we’ve got Wrestlemania X8, the one with Rock/Hogan and…umm..other stuff.

END_OF_DOCUMENT_TOKEN_TO_BE_REPLACED

Its the last Raw before Fastlane this Sunday, lets see how it all pans out.

END_OF_DOCUMENT_TOKEN_TO_BE_REPLACED

Its time for RAW as Fastlane draws closer and closer and we’ll get the fallout of last weeks festival of friendship and women title match.

END_OF_DOCUMENT_TOKEN_TO_BE_REPLACED

Its NXT and tonight for the first time ever the UK Championship will get defended as Tyler Bate defends his tag Partner Trent Seven!

END_OF_DOCUMENT_TOKEN_TO_BE_REPLACED

Time for another addition of ‘the most exciting hour on television’. This week we are getting the debut of Gran Metalik!

Swann’s return match from injury. Swann cuts a promo beforehand says its valentines days and he’s gonna dedicate his match to Aliciiaa Fuuuooxxx except ‘she can’t handle this’. Well alright-y then. Match was pretty good overall, Swann showcases his athleticism while Dar goes for a more tactical mat based approach which in the end fails. Good to see Swann back 100% though. Winner: Rich Swann(via 2nd rope Phoenix Splash)**3/4

Neville and Perkins are interviewed split screen about their main event match. Perkins does a little better with his talking, keeping out all the game references, Neville doesn’t say as much but still comes across as intimidating. Did OK to hype the main event, nothing special.

We get a Gran Metalik video package to hype his debut tonight!

Metalik’s debut 205 live match and it was good. Metalik got showcase his flashy high flying offense while Gulak tried his best to keep him grounded. Had a bit of shaky start to begin as Gulak attack Metalik straight off the bat and when Metalik goes for the first springboard move, he slips a little and gets a bit caught up in the ropes but Gulak recovers it well by shoving him down. Good stuff all in all though very happy to finally see him on the show and crowd seemed to like him a little too. Winner: Gran Metalik(via Metalik Driver) ***

Brian Kendrick meets Tozawa backstage and asks Tozawa to be his protege. Tozawa says no and Kendrick wonder if he can even understand what he says. Tozawa says he understands and doesn’t like Kendrick. Fair do’s

Solid main event here. that have a really good technical exchange to begin and the match stays pretty back and forth for most part. Lots of good action going on. The main problem though is the crowd just don’t care much for TJ still and we had the odd Austin Aries chant bust out, he’s got the in ring talent, he just can’t seem to connect with the audience though. Winner: Neville(via Ring of Saturn style submission)***1/2

Post-match Gallagher runs out and him and Neville have a small physical exchange with Gallagher coming out on top with a lovely headbutt.

It’s the first Smackdown Live after Elimination Chamber, as they are finally on their homestretch to Wrestlemania. Lets see how it goes.

END_OF_DOCUMENT_TOKEN_TO_BE_REPLACED

Its RAW and we are just under two weeks away til Fastlane, lets see how things go.

END_OF_DOCUMENT_TOKEN_TO_BE_REPLACED 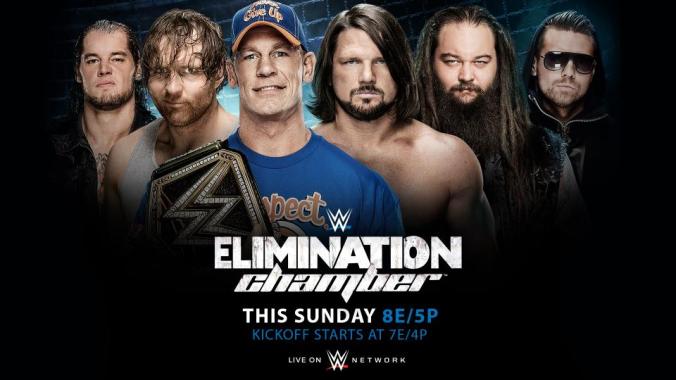 So it’s time for this year’s a Elimination Chamber PPV, which is Smackdown exclusive. Now the last Chamber PPV was 2015 and featured the worst chamber match in history, so lets hope this one does better(I’m sure it will). Also this features 3 women’s matches, which is a first in WWE PPV history. So lets get to it.

END_OF_DOCUMENT_TOKEN_TO_BE_REPLACED 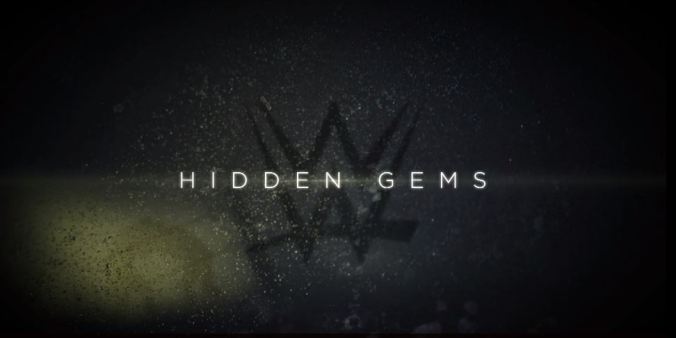 So WWE recently uploaded some new Hidden Gems on the Network so I thought I’d take a look at them all and write about each one.

END_OF_DOCUMENT_TOKEN_TO_BE_REPLACED 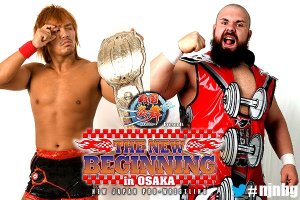 So here’s my review of today’s big New Japan event, I actually managed to watch all of this one, so lets get right to it.

This was a good little opening contest with the Young lion Henare taking on the veteran Taka. Henare looked impressive here with his strength and his agility but Taka used his smarts taking advantage with dirty tactics that helped get him a quick win. Winner: Taka (via eyepoke and pinning clutch) ***

bit of an odd match up to have but that’s because a couple of injuries had to make them change a few things last minute. It was originally meant to be Suzuki-gun vs Tenkoki & Kushida, but we get this little thing instead. It was pretty decent though, always love a bit of Tenkoji and Kushia, Tatsu is the only weak link here, I used to like him in WWE but in NJPW he just haven’t clicked. He takes the fall which means another loss for him and then refuses to shake Kojima’s hand and tries to attack him, showing Tatsu frustration at failing again. Winners: TenKoji (via Kojima Lariat on Tatsu) **3/4

Fun little multi-man, just some nice back and forth action, Juice gets the win gaining him more momentum, which could mean another potential NEVER Title match against Goto as he does stares at Goto post-match. Winner: Juice (via Pulp Friction on Jado) ***

This was  good, you had Suzuki-gun using their usual dirty antics as well as Suzuki being his usual rough self, him and Okads had some good exchanges and I liked the ending where Suzuki traps him in the corner with a sleeper as Romero takes the fall from Taichi and Kanemaru’s double team, which puts them in the running for the Jr tag titles. Winners: Suzuki-gun (via Deep Impact on Romero) ***1/4

Tanahashi, Taguchi and Nakanishi are such an odd team but it makes for an interesting dynamic and Los Ingobernables are just a great team in general so this lead to a solid match with lots of entertaining action and LiJ going over being the right move, I know the 6 man titles are kind of worthless but might as well put them on the best faction in New Japan. Winners Los Ingobernables (via Skull End on Nakanishi) ***1/2

This was great as expected, Ospreay worked a little smarter here being a bit more grounded and using the high flying stuff when he as an opportunity. he tries his best to match Shibata’s toughness but in the end it just wasn’t quite enough. One spot in particular I loved, is Ospreay landing on his feet twice from a back/German suplex, going for a handspring getting, but Shibata catching his leg and doing a leg trap german so he can’t flip out. Also love Ospreay trying to flip out of the sleeper suplex but Shibata keeping it locked in. Great stuff. Winner: Shibata (via PK) ****1/4

This was another match that changed as Archer is also out with an injury, so he’s been replaced by good ol’ Iizuka. This was alright definitely not up to par with the match on the last show. everyone did their usual shtick and it was fine. Winners: Yano/Ishii (via low blow then schoolboy)**3/4

When these two wrestle, you know it’s gonna be great and this is no different, just incredible stuff, lots of crazy spots and moves as these two try to pretty much end each other and I love it. Winner: Hiromu Takahashi (via Time Bomb)  ****1/2

It was gonna be tough for these two to follow the previous match, but my god did they do it. These two have had great matches before and this one is their best yet and I’d even go as far to call this my current match of the year. It’s Just a tremendous back and forth contest, and Elgin and Naito just have such good chemistry together. The match was mainly Elgin’s power vs Naito’s Agility and cunning leading to some great moves and spots. Naito also works on Elgins leg and Elgin sells it well, there’s even really great bit where Elgin is struggling to get Naito up for the big Elgin bomb, so he instead has lift him up on to the turnbuckle to try and do it, I always love little things like that. It was just overall fantastic and I applaud these guys thoroughly. Winner: Tesuya Naito (via Destino) *****

What a great show this was, much better than last weeks New Beginning show, with The Intercontinental, JR Heavyweight and RPW title matches all delivering big time and highly recommend checking them out. Rest of the card is pretty much skippable but was still enjoyable overall and I’d still recommend the NEVER 6 man title match at least. NJPW are doing awesome so far this year.****1/4